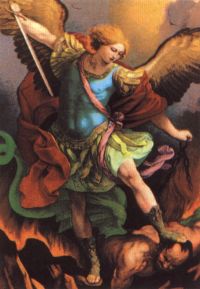 Much of the Mandela effect if it be a harmless change to movies and such is there so you will wake up to the supernatural and call upon God and be saved.

To those who sent out the strong delusion

Oh how you jest, mock and scorn at the “stupid”
masses who do not know the accuracy of their own history.  Oh how you laugh and mock while changing names, colors, signs, and movies.  Oh how ye boast of your power and might and the $$ that comes with the power to change men’s reality.  Reality is now for sale to the highest bidder.  Available only to the elite, those taken as blue blooded Jero elite.

To those who gather in the great room where time doth not dwell and the pendulum rides and tocks and tocks.

Meeda, Attencion, Attention, Look, See, Know this is a word for you.

This word is for you who know and create the lies of Hollywood at its core and enjoy its MK.

To ye who use programming to sell your stories of history.

To ye who have access to the wheel of power even the serpent’s wheel itself.

To ye who know that spake is spoke and testament is covenant and the dividing of time is really “two times” & son of man is and was always “Son of God” son of man is common not Jesus who is precious and rare.

To you we write though I Jazweeh know not what I say.  I do not understand the whole of this MSG it is not for me.

Father says this night your strongest weapon shall be set to naught.  Your weather shall snap and stropp.

Your spark shall snuff and swayde

And your man in the hat who dwells before the white god of war & famine.  Your demon whisperer who has the infallible reputation of success and is honored by ignorant men who see themselves as wise shall soon be thrown down.  The very demons who serve him well shall rip out his heart and eat it for lunch.  The man in the black hat shall fail utterly soon to be separated from his demon wall and rigid power source.

Father is saving the beast lover for his own suffering is nigh upon him.  He will see the weather directional fail him.  His compasses have dropped.  His flesh eating is no help.  He cannot eat enough innocents to regain the power that is removed from him.  Hell will soon be his home along with those who worship the idea of him.

Even now your battle is being lost even yesterday you lost your witch and 1/3 of your tree of lies.  Your demons are falling cast to Hell.  The red army has come and is crushing your fins.

The blue army has ruffled your feathers of foe.  Its too late, the lambs are now lions.  Your time of invisibility is passed.  The red army sees you in every abstract view.  You cannot hide your demons or your sorcerers who are now in plain view to those who have the cleansing power of remote access and spiritual might. 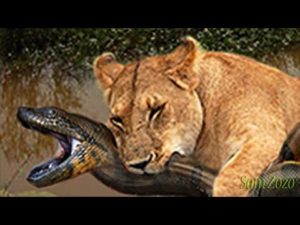 They saw your great power of weather.

They saw the man in the black top hat.

They saw the witch who stays over the smoldering fires.

They see the demon god by which they sit.

My called this night will crush your pending power over weather.

Today is your last blast of control over the nations rulers.

Soon the nations will see the weather itself no longer serves you.

The witch will fall.  The tree of lies is falling.  The sorcerer in the hat has lost and is losing yet he hides it from his rulers.

Woe to the man who thinks he can war against God Himself and win.

Yes you change and control history for now, and sell reality to the highest bidder, but not much longer.  I My self shall bring you down to scale on such a might as this.

Valkyrie Valkyrie your heaven after is but a fantasy you have believed the lies of Saton and Tonn repent to The Creator God Most High and let your soul be free.  Turn from those who betray you mighty Valkyrie turn.  “Turn me oh Father and I shall be turned”.  The barge is true to turn you thus from your way that seems right.

The barge is there but the tickets are not of Earth.