Take Heed my words, Take heed my call for the mirror drinker.

Now see this that Father Creator of The Heavens and Earth showed me this day by the skies, moon, sun, blood clouds that appeared across the sky as never before.  People sped by in their cars not taking note of it or noticing the majestic prophecy in the clouds. 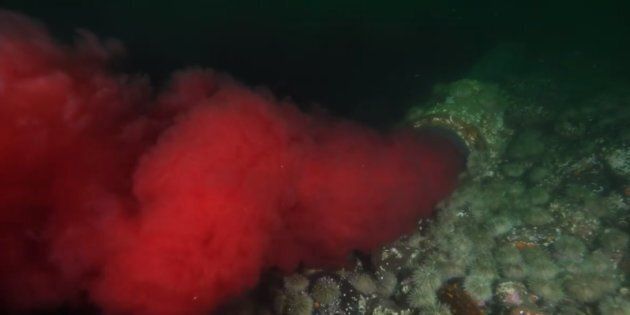 We are now in the dawning of the age of the Great Tribulation.  The seas by

one third will turn red as arterial blood.  Soon. It is the dawning.  The birth pains have passed.  Labor is over know it.

A great celestial object is coming to us now.  This planet or sun or globular mass shall cover both earth’s sun and earth’s moon from shining.

The mass planet is approximately 1,000 times the size of our moon.

This will bring dense darkness, thick darkness for three months or however long 1/3 of plants would take to die without a sun and moon.

A Great Black Thick Mold 1/3 of Green will Die

If the moon moves 13.2 degrees each day an object 1,000 times larger would take much longer to move out of the way and then leave our atmosphere, hopefully, all together.  The trick would be to survive the temporary darkness with faith and prayer and to be sure we are sealed by accepting Jesus.  Otherwise the scorpions have authority to harm.

A time and two times the object will block.   Three months.  The grass and a third of all green plants will turn to a thick black mold so dark demons will lodge in it.  This mold makes many sick.

Scorpions with a Sting from the pits of Hell

The scorpions flying creatures the size of a human whose sting harms men who have not the seal of God on their forehead can now ascend from the abyss not because it has not been open to them.  Oh no, they ascend now because the black and mold and putrid oxygen-less red sea is what they prefer and can tolerate.  These destructive creatures thrive in the darkness.

For some reason of science which I am not aware of our lights won’t work as they should for something to do with no like to reflect by moon or sun.  Since the sun leaves for 90 days the ocean loses much of its oxygen killing a third of the oceans and its inhabitants.

Will men seek God out of desperation?  Or will the blaspheme Him and His creation?  Take heed, they sleep in the caves wherever they find them.

The lake of fire shall appear on the earth from probably lava and eruptions.  Most won’t be raptured because they have not allowed themselves to be as clay for molding by God.   They are not ready.  Trials off fire will prepare them in a more rapid manner.

When the Light Returns

Now men will seek Truth more than ever.  Now men shall search for Holy words but there will be none.  Save those words from the prophets of the apocalypse of end times.  The prophets of the great revealing.  The Prodigal sons who know both sin and Love.  Deep sin is a learning experience of God’s Grace toward men and how deep that runs.

The Sun will again purify the Earth, a slow return to normalcy shall come and then the great evil shall reveal itself by the man who claims he restored the sun unto its place.  This will be a great lie and grand deception a parlor trick in mass.  As the elite say “Let no disaster go to waste”.

In the following days there will be two types of people, the deceived, and the enlightened.   Those who wear the belt of Truth and those who are comforted by lies and their very emotional condition is built on lies.  They pretend they have no fear.  They pretend they Love everyone and that Love is feeeeling of sorts.

Love is an action of giving.  There are many ways to give, by encouraging words, by deeds, by respect, by fairness, by do unto others as you would have them do unto you.