“THE PINNACLES OF TIME” 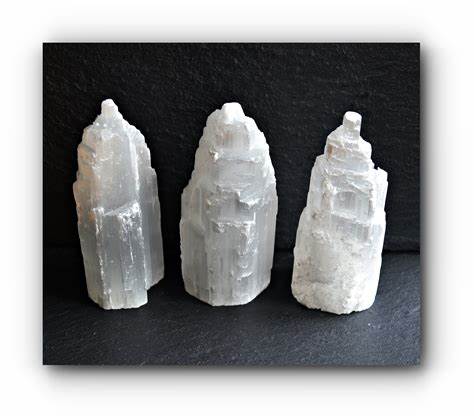 I lay down to sleep, the next thing I knew I was walking in an unfamiliar place.   I moved bare foot down a row of twelve huge towers that appeared as icy snow pillars, taller than the highest height.    I wondered; what are these magnificent monstrosities?

Two figures appeared in the distance walking toward me.  One, a fine looking man; his dark skin and body I perceived as a desirable apache Indian.  He had sleek black hair, it shown blue and shiny as crow feathers.  He wore clothing fashioned of fur and leather, his physic strong and defined.   The other figure came into sight as a young woman dressed in the finest Roman toga, soft blue and white were her colors.   A small yet stunning jewel of crystal blue held by a silver cord rested on her delicate chest.  She looked like a gorgeous Indian queen. I know these two beings where somewhere beyond human.    Their skin glowed almost transparent yet was perfectly colored, flawless and sensual. Their appearance was so mystically charged that they entranced me in a way that I did not fear.  My Indian man had welcoming eyes; there was no threat in these black dove eyes.  And she, I thought could surly be trusted with blue eyes so large and clear no malice could live in her.

This mystical woman in blue waved her hand across my face.  I then saw a vision of my earth, the rising and the falling of the sun over and over again.  I looked as my father a young man, slowly grew weaker and older, finally his eyes and health failing.  I saw my mother growing old and returning to child like innocence.  These visions filled my soul with grief.  I uttered:  “Time, time look what you’ve done, you’re a mighty instrument of God’s timeless plan, seems your purpose is set!   Have you no remorse?”   I realized that without hesitation or kind caring, time slowly took from me all those I held dear.  I remembered how I danced with time in my youth, believing he would always be there with me, instead, now I beheld him as the brother of death, for without time; death is relieved of his absolute rule over all flesh.

The enlightened couple summoned me to walk further; we came upon a small pool of water.  The supernatural pond looked like glass, reflecting a sky enormous and blue as a dark sapphire.  “Stir the waters” the woman suggested, “Stir the many waters and look upon the hand of time.”  I knelt down and dipped my hand gently into the wet picture of the sky.  All I see is clouds; I thought.  “Look beyond the clouds.” She spoke as if she could hear what I was thinking, and she could.

The water’s spoke these things:

“The pentacles of time shall melt away as sugar in the light of the sun.  These towers you have seen are set in a timeless place to regulate mortal man and influence the fate of their soul.

When these towers melt the earth will stand still.  The planets will not rotate, nothing will grow.  The sun will no longer be the giver of life.  The waters of humanity will not confuse human choices for evermore.  This distraction from pure truth called “time” shall no longer bring to bear its veil of illusion on mortal man.  Man will panic; they shall clamor and rush to find solutions from death.  But there will only be two choices, just as there have always only been two paths for these creatures who walk the earth.”

Just as quickly as the vision began, so it ended.  I rose from my rest and contemplated choice.

One Reply to “Time Time Look what you’ve done.”