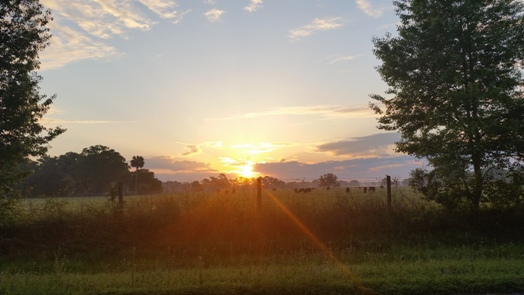 The Bible changes are no small thing people.  It separates the sheep from the goats, the lost sheep from the Lion’s and Lambs who are the 144 and The Bride of Christ.

Meaning, The Bride of Christ is not blind. The 144 are not blind, they know exactly what is going on with this “wicked one standing in the holy place”.  The armor of God is what keeps us from the strong delusion.

Click the link to find out how to actually keep the armor on.  Do NOT underestimate how serious it is to drop the belt of Truth.  I cannot emphasize this enough.  NO WHITE LIES!  Lest you fall under the strong delusion.

“All liars will have their part in the lake of fire which burneth for ever and ever.”

Now the vision showed the sheep following one another into a great delusion.  The sheep became captive in a great cloud of veil that covers their heart, and mind.  Pray that ye be not deceived daily.  Because the most dangerous time in end times is that you be blind to what is happening and what the beast is doing.

You must be prepared for the great event to be protected.  Furthermore, God will keep his chosen for three days hidden and safe from the event that will turn the sky red for 3 days.  Call it 3 days of darkness but its far more than that.  This event will take 1/3 of mankind off the earth by burning.  This is the prediction according to Jazweeh.com which we have gotten confirmation.  IT IS NOT A “THUS SAYETH THE LORD” because we could be wrong.  Its a prediction not prophecy.  It came by dreams, visions, educational information, and other sources.  If you want to see the dates and prediction of Jesus’ return and the event plus rapture go here.

The wicked one is standing in the holy place, the abomination of desolation has happened to God’s sacred Words.

Jesus IS The Living Word of God.  The Book is a corruption of God’s Holy Precepts.  The Bible IS DONE.  If you do not hide what is left of it in your heart NOW and hold securely to your belt of Truth by lying YOU WILL FALL UNDER THE STRONG DELUSION and show justifications of the new evil scriptures and of evil in the land.  Life is a mirror to what is in the book…and its not good.

If they come to you preaching a new Jesus or a new gospel, have no part in them.

Father Father, they now say “Love your enemy, and hate you family”.  Father father the bible has changed.  There stands a wicked one on the Holy place spewing out lies and blasphemies which I dare not even repeat.  The Lions and the Lambs can see it but the sheep are lost.  The sheep of whom I had a vision in the skies.

I even watched a video of a girl who seems to have authentic God inspired dreams and visions.  She quotes both original scripture and corrupts scripture.  But since the corrupt scripture is usually about “those other bad people” who we can now take pleasure in condemning in our mind and heart, hence they agree with the evil and dark new scriptures.

Then the LORD will make thy plagues wonderful, and the plagues of thy seed, even great plagues, and of long continuance, and sore sicknesses, and of long continuance.
WONDERFUL DESTRUCTION
And his power shall be mighty, but not by his own power: and he shall destroy wonderfully, and shall prosper, and practise, and shall destroy the mighty and the holy people.
ALL EVIL IS OF GOD
Shall a trumpet be blown in the city, and the people not be afraid? shall there be evil in a city, and the LORD hath not done it?
GOD HAS TO CHECK WITH HIS SERVANTS BEFORE HE MAKES A MOVE?

Surely the Lord GOD will do nothing, but he revealeth his secret unto his servants the prophets.
God Doing Evil and Repenting of Good

If that nation, against whom I have pronounced, turn from their evil, I will repent of the evil that I thought to do unto them.
Precepts of God on their head in the UPSIDE DOWN

If it do evil in my sight, that it obey not my voice, then I will repent of the good, wherewith I said I would benefit them.

Now therefore go to, speak to the men of Judah, and to the inhabitants of Jerusalem, saying, Thus saith the LORD; Behold, I frame evil against you, and devise a device against you: return ye now every one from his evil way, and make your ways and your doings good.

And they said, There is no hope: but we will walk after our own devices, and we will every one do the imagination of his evil heart.