The Seer’s Poem of Truth and Lies 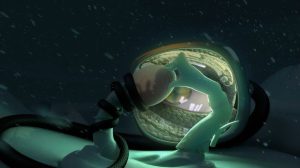 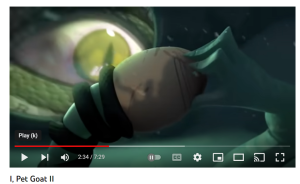 Holy holy rise and stack are ye human or just a Yack? Yack turns to Yak. The cake is a snake.  Eat not the blue cake of 1,000 snakes.
Spoke turned to spake and the bear a barbque ate. What?
Yay or was it yea turns to lo viking hick.
Words from below words from a ditch.

A leopard visits where it has no home. Leopard born of lies upon a cell phone. He seeks the throne.
No dominion to the beasts of Earth. Holy dominion is a God given feast not durth or dearth.
Night vision glasses? My God what’s next? Sure why not?
For brake was broke & and what of break? Remnant now residue an insult to make? Horns horns horns lets give their God horns! I considered the horns, they are still crucible thorns.
Ten horns today turn to twelve tomorrow. Santa on a sleigh give it time they will swollow. He too will ride into the story book of fables.
“The horn spake” wrote the wolf from Hell. His rewrite grotesque his dialect out of jail.
What of the new son of man? son of man they proclaim. Remember me not remember the same.
But we wait for the Son of God.
Stamp the residue stamp stamp stamp. And by the marks on foreheads we need no lamp. Stamp, stamp, stamp.
Ancient of days? And who the hell is that? Oh ya that’s God they say securing their meal of Rat.
Ware out Saints? Hell no! No such fallow. Give it some time they will swallow.
Embrace defeat proclaims the wolf, fall and fall you will hit our roof. Throw that crown upon my floor, throne of wolf, Throne of score. Core.
You owe you owe in debt you go you owe a debt by me. A fine decree is a debt by me. Pay with death then you will see.
He died for you and shed His blood by compulsion they teach what we have already heard, and heard, and herd, the herd. The herd already heard their word of blood.
Guilt and shame fall into mud.
You die for Him die in the mud a sea of black mud meets red Love. Meets Love. What have they done to the red precious blood? Desocration unto desolation x2. x2.
Abel Abel Abel cried out by his blood God knew his shout. Cry out.
Would you hand the beast your blood for conversions of a feast of black mud?
Blood blood oil and rust give the genome two keys of trust. Trust not trust not…too late too late.
Rust rust rust and shame now you surely will not be the same. Trust trust back to dust first the trust then the red rust.
Inverted gospel backwards shack. Gross desecrations they trample and hack. Trample trample what’s left of the book remember me not says the crooked ugly cook.
Remember me not
Remember me no
Your minds are now minowed a mind winnowed winnow winnow.
Winnow and spine, winnow and spine pray not prey your memories fine. Pay the fine says the boat master. Pay the fine or drink the wine. Pay your fine back to grind no more.
Times and laws? Times and laws no such thing we give the cause. Blind wrong. Blind blind the goats are blind. Chimera chimera why the chimera chimes ring chimes ring chem-era chemical chimera.
The hind and the sau. Story of sau honor and rape. Sau sau will you escape?
Run to the hills the valleys the trees run and run don’t take the disease of the sau. Sau sau rat and snake make them ruin make them fake. Sau sau chimp and mouse hold them close unto the touth of mouth.
Judgement sits, judgement sweet. Does it have legs does it have feet, defeat? Consume consume pish posh says the writer of Truth pish posh.
His cognitions troubled him? COME ON! Screams the seer. His cognitive thought was stifled. “Do you NOT remember I told you these things?” NO HELL NO THEY DON’T REMEMBER! Their cognition is GONE! GONE, gone.
The many many what will they do? They threw their crowns/brains on the floor of the beast’s throne.
Stolen, stolen, drilled and trolled. Drilled and trolled are the minds not old.
A hint from the wolf of what was told. And then stoled or stolt in comes the colt? Daniels cognitions were never stolt. Yet the Christians swimm deep in the pool of the wine of strong delusion. Delusion delusion mice and men trim and try to see once again sea again.
Will Father restore their cognitive thought? Or will they lust, for a quiet comfortable spot to sleep, to sleep, 1,000 years to sleep.
Jam or Jelly what will it be? Jelly kind sir for Jam is too free…for me…too free for me.