Children of God are Not God’s Servants 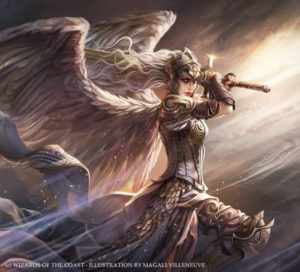 Though we, the children of God came into this world a clean slate with choices to make determining who we became.  We then stepped into the holy template of ‘Child of God”.  By our choices we …by our Love for The Father and for Jesus His Son we became Children of God.  With Him from the beginning.   We know Jesus and we walk in the footsteps of Jesus’ testimony.  Most children of God have died at least once and were revived.

It is God Himself who showed these children who they are and how they became God’s children.  They walked the prodigal walk and discovered God’s great mercy and Grace toward them.  They met Grace in person as she appeared to them in human form.  Then they were pulled from their prodigal walk.

The children of God have lived every scripture Jesus proclaimed (before the bible changes).  They loved the Old English purity of language.  Now only found in movies and renditions of Romeo and Juliet.

Servants of God believe in Jesus.  They may or may not have the gifts of the Spirit by the laying on of hands.  It’s the heart God looks upon in us all.  Servants can not see the prophecies fulfilling.  They look to the Image of The Beast for their prophecy (ironically).  And guess what else?

These servant minister to the children of God.  And they have ministered to us for all our life if we sought out God in the highways and hedges.

I have struggled with the differences I see in the servants unable to fully understand why they cannot see what we see.  Yet they say all the right things.  They even have gifts for deliverance and healing of the children of God.

Its the epitome of irony to see the very preacher who prayed over me by the laying on of hand deny the rushing & mighty wind that softly blew me off my feet.  He was right there praying over me, and I was both delivered and healed at that time in a tent revival.  Yet I watched a video of him yesterday where he denied the rushing mighty wind.  And he embraced the bible change that now it says its just a sound of wind.   I cried.  He was right there and by His prayer I was delivered.

YET HE KNOWS NOT OF THE TRUTH OF GOD.  I was baffled.  “Are they all acting? Are they all to hear the words I never knew you?”  I thought.  Why oh why do they most all have the mark of the beast on their foreheads?

These servants are here for the children of God.  Is that not ironic.  As the children of God walk through so many learning stages of spiritual development the profitable servants help us through.  We need them.  This is our lesson of humility by Father.  Lord God Almighty knows false pride is one my patterns of dysfunction.

What of the Servants?

The servants suffer from the Locust and the forehead mark.  Some have taken the mark as well (right arm) that desecrated their very being.  While the children of God are sealed with Fathers Seal.  It is a matter of the heart.  The rest is icing on the cake.  The servants who did not desecrate God’s creation will likely sleep for 1,000 years while the children of God tend to The New Earth and other important matters entrusted to them.  God will have trusted us with several spiritual works while on this Earth.   Those who are trustworthy will receive more power to do God’s will.  We were intercessors, Scribes, minsters and had other jobs just as the servants have jobs.  But they are not His children.  They call themselves His servants.    And for years we could not tell who was who until the end of days came.  The separation is complete.  And all is being revealed.

It makes sense that Father would rapture His children first.  But I just do not know.  I feel this.  We will be taken up, then our bodies will be improved greatly improved.  We will learn many things and know as well as we are known.

Then we will return to Earth after the worst of the apocalypse is over.  The Earth must burn to be renewed into the New Earth. (we think).  When we return to Earth there will not be many people on Earth.  We will have a job to do.  Things will be MUCH BETTER.   We will no longer have live by Faith alone and Hope.  We will know.  The last of the evil men will be irradiated from Earth.  The few who hid in the mountains can not be permitted to desecrate the Earth again with their power and control.

Those who oppressed us will be thrown into the Lake of Fire where the soul is ended.  They don’t even get to abide in Hell or the underworld.

All devices will be turned to dust.  The fake sun will Ark and make burnt toast of many.  To be continued…..